Field status updates are posted at target time of 4pm weekdays, 7am weekends when games are scheduled, with subsequent updates when/if conditions change.  If status is 'Pending' then check back later.

The fall season is under way!

Evolutioni competitive soccer started earlier, but everyone is playing, and it's going to be a wonderful season!

Game schedules for all leagues are posted in the right hand column of this page. Note that schedules will change, so check back frequently!

The Coaches Resource Manual IS DYNAMIC, updated almost constantly, so it tells you everything you need to know, from Key Dates on the calendar, season holidays, Monday Night Futbol dates, to how to register your assistant coach, how to order uniforms in the Spring, and so much more. It's searchable, reachaable from your mobile device, and being added to all the time!

Games are posted, but as always, check back HERE frequently as schedules change throughout the season. New info: U9 will play all games at CSA against CSA teams.

Also, please note that WE WILL PLAY. That's the main point of our soccer association.  You have no worries when you register your child to play. We WILL play. God forbid, if something ever comes about that makes that not possible, we'll have your player back out on the fields as soon as we can, but the season will always go on, and our kids will play.

Our job isn't to find reasons not to play, nor to decide it's too hard to make it happen in an unprecedented environment; our job it to make it possible for the kids and parents to play that want to do so.

Our re-launch of the Spring Season on June 15 was such fun! EIGHT members of the Northern Mid Cities Soccer League took part of the Spring/Summer soccer season, a late end to what is our traditional Spring season.

So, yes, CSA exists to help kids play soccer, so those that WANT to play and whose parents WANT them to are the ones that played in the Summer and also for this coming Fall season! We're so proud of the many that came out and got some exercise. The Fall season will follow the same plan as the late Spring season, as follows:

Here are the FAMILY RULES OF PLAY:

1) Only send WELL KIDS to practice and games! Check temperatures and don't assume a cough is unimportant, get it checked out before bringing your child to games or practices.

2) Sanitize player's gear before practices and games. This is a suggestion from the Governor's office. The concept of sanitized soccer gear sounds like an oxymoron, but it's sound advice. We will be supplying hand sanitizer when we can buy it, but while we're trying to do that, don't count on it, the stuff is hard to source. Bring your own and let's have everyone wash their hands a lot!

3) Play is entirely voluntary, as always. There has been not one single episode highlighted to any of us of transmission through soccer. Just like the signups before any season begins, the only kids that will play are those that signed up for it. Some parents are extra cautious and we applaud that, while still applauding those that wish to have their kids play. In the end, most kids have a small group of friends they've been not-social-distancing with. I believe the Governor, when he approved play, was merely recognizing we might as well get all these low-risk kids outside to play and be healthy, since they are all on the short list of pals to hang with during this weird time. In the end, as it has always been and will always be, all players are the responsibility of their parents, and we won't ever suggest that anything about recreational sports is mandatory.

4) Spectators will distance. We learned a new phrase this year, "social distancing" has become a permanent part of our lexicon. We're asking that only one parent per child attend practice to avoid crowds, and we ask that all parents maintain a 6' distance from others. At games, we are not setting any limit on spectators, but the same distancing needs exist. To make this easier, we're moving teams AND SPECTATORS to BOTH sides of the playing fields to provide twice the area for distancing. We also gave up a whole soccer field...Field 3 is missing, as a means of putting greater separation between remaining fields.

Schedules as usual will be posted one week prior to commencement of games, so look for schedules going live on September 5, with opening day on September 12. Note that schedules change frequently, so check back frequently!

Concessions will be open, and hot food has returned as well. Huge thanks to our concessions staff, we know the added face coverings, gloves, etc, are unpleasant in this heat!

Please tip the concessions workers extra well since they're going to have to wear uncomfortable masks and gloves, like so many are now. Thank you to the wonderful folks, most especially Head Referee Derrell Pitcock for making our concessions happen!

Masks are not required by spectators nor players because we are outside, but anyone more comfortable wearing one is encouraged to do so.

Since the City needs to overseed our fields in preparation for the coming Spring season, we will have a hard stop to our season after the weekend of November 14/15, so there will be no extension. As a result, as mentioned earlier, look for schedules to be a bit heavy to start out the season as we do our best to prepare for inevitable rainouts that seem to follow the soccer season in recent years!

Have a safe and healthy season, wash your hands every time you think about it. I look forward to seeing you on the pitch!

Patrick Dunagan, President, and the Board of Directors of Colleyville Soccer Association

Evolution Academy and Select Programs are handled separately.  If you are interested in Evo, and are not already in touch with our coaches, please check out the Evolution Page of this site for more info.

Based in Dallas, TX, Perry Weather is a full-service weather technology firm, with the ultimate mission of keeping its customers safe and secure. Frankly, we aim to simplify weather. We seek to enrich the user experience and enable a more streamlined approach. Through leading-edge technology and close client interaction, we provide users with reliable tools to make informed decisions around lightning, weather and emergency situations. Our clients range from a multitude of industries, and each one trusts our ability to anticipate, acknowledge, and address all of their needs.

Lightning is a severe hazard that must be viewed seriously.  Everyone should immediately seek shelter any time they believe lightning threatens them, even if a signal has not been sounded.

The City of Colleyville has the Perry lightning prediction system in place at the Pleasant Run Soccer Complex.  It sounds one 15-second blast of the horn which signals everyone to suspend activities and immediately seek a safe shelter such as inside a car or buildling.  (If equipped, a strobe light will begin flashing and remain flashing until safe conditions return).

You may resume activities after three 5-second blasts of the horn are sounded and the strobe light, if equipped, stops flashing. If you remain outdoors after the warning is issued, you do so at your own risk!!!

This is the annual award honoring a volunteer selected by the Board of Directors -- we are looking for the persons who selflessly DO IT RIGHT, who put their kids first, and who create a team environment that fosters teamwork, fair play, hard work and above all, character.

Do you think your coach should be considered for the next Coach of the Year award? Click here to contact our VP of Marketing and put in your pitch for your favorite CSA Coach or Volunteer!

CSA annually awards one young woman and one young man a $2000 one-time check from CSA. This year's winners are (drumroll, please!):

Huge congratulations to both graduating seniors!

CSA is seeking both youth and adult referees ages 13 and up. Earn on average $18 to $65 per game officiated! based on your age and referee certification level. Work your own schedule! Be an expert on the rules of the game! Earn the respect & admiration of your peers! Great exercise! Share soccer with your kids or friends! Contribute to your community! Helps develop character & sportsmanship in youth and builds better coaches and players. We want you!

Interesting tidbit: Every CSA college scholarship winner for the past 6 years has been a ref in addition to a past player!
People who love soccer can help the game by becoming a referee. If there were no referees, there would be no game. Refereeing is Responsible, Challenging and Satisfying, and will give you...

Re-certification of existing referees is accomplished by an online test found here.

How to Become a Referee in North Texas

The North Texas Referee Program welcomes over 2500 new referees each year. We serve the game in over 100 local associations from Lubbock to Lake Highland, Amarillo to Arlington, Cedar Hill to Corsicana – chances are YOU live close to a soccer association.

HOW TO GET STARTED:

Requirement – you must be 13 or older

Understand, that the Grassroots Referee course is a two-step process: GRASSROOTS COURSE (done online) GRASSROOTS FIELD SESSION – done in person at a specific venue. You must complete BOTH in order to be registered as a 2021 USSF Referee

Clinics will start to post no later than July 10. The first round of clinics will begin on Saturday, July 18 and run through the end of August. There will be approximately 60 of these clinics offered in the DFW and surrounding areas.  Chances are high there will be one in your area.

For additional information on becoming a referee, go to www.ntxsoccer.org, or contact our VP of Referees at vpreferees@colleyvillesoccer.net.

CLICK HERE for key dates and deadlines for the current (or upcoming) soccer season. (this detail is also found in the Coaches Resource Manual immediately below!)

SCHEDULES ARE BELOW. They are routinely posted one week prior to season's start, but were a bit late this season as all associations struggled with the new and not-yet-ready-ror-primetime SafeSport requirement for all coaches, a barrier to entry for new coaches that is ill-placed in the busy and already difficult-to-launch Fall Season. Perhaps someone at USSOCCER or North Texas State Soccer will take notice and move this requirement to the Spring Season and spread the pain for us a bit?POSTED NEARER SEASON START.

NOTE THAT SCHEDULES WILL CHANGE THROUGHOUT THE SEASON due to weather or school conflicts or other, so do check the schedules HERE often, don't put the games on your calendar and work only from there, as you could miss some games that way!!

U4 to U9 Recreational teams play at CSA for FALL 2020 CHECK BACK FREQUENTLY as schedules do change FREQUENTLY!

U9 will play all games at CSA this season agains only CSA teams. U10 & up Recreational teams play against other area association teams in the Northern Mid-Cities Soccer League (NMCSL) ... CHECK BACK FREQUENTLY as schedules can and will change throughout the season!

Evolution Academy and Select teams play in many different leagues. Links to each are on the Evo Teams page. 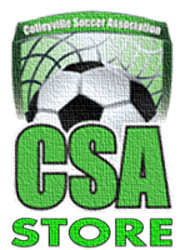 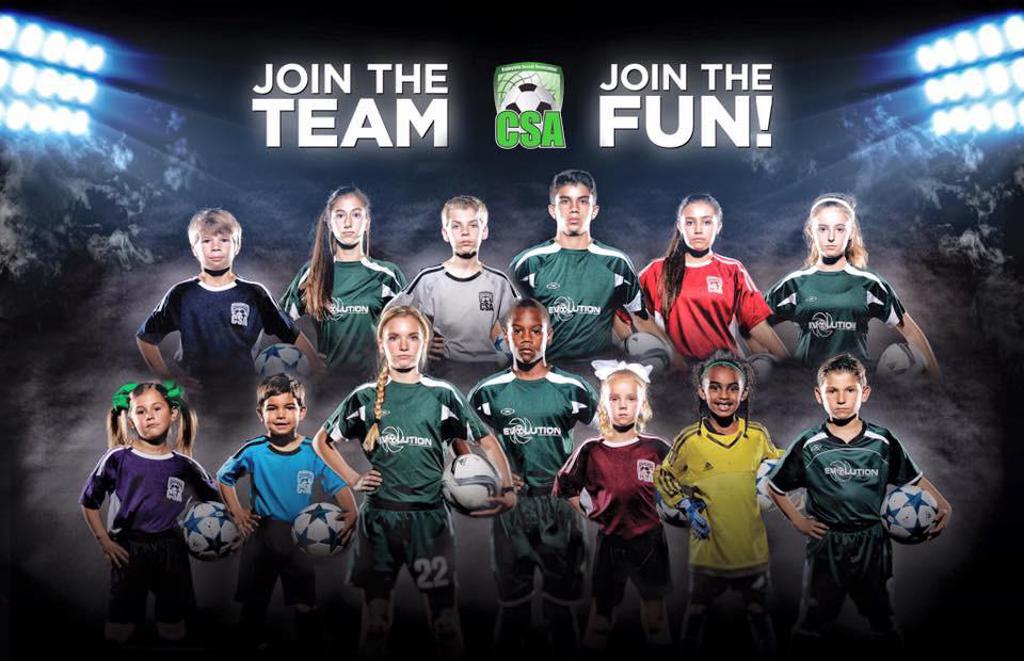 These fine organizations make what we do possible. Please show your support to these amazing sponsors and thank them for their commitment to our organization. They support youth sports in Colleyville in many ways: with financial contributions, by offering fundraising opportunities, by contributing their own time to CSA, or by providing facilities we use for our board meetings, coaches meetings, photo shoots and training sessions. When you drop by, be sure to mention you're with CSA, and thank them for helping make your child's youth sports experience wonderful! 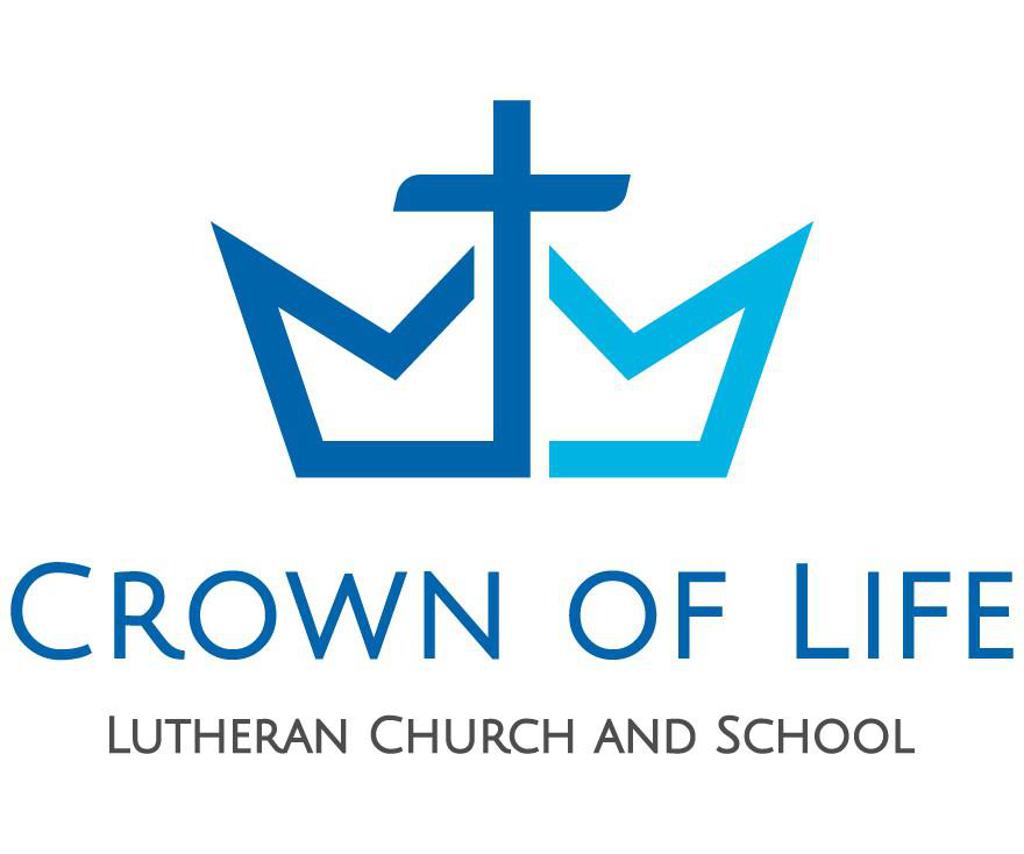 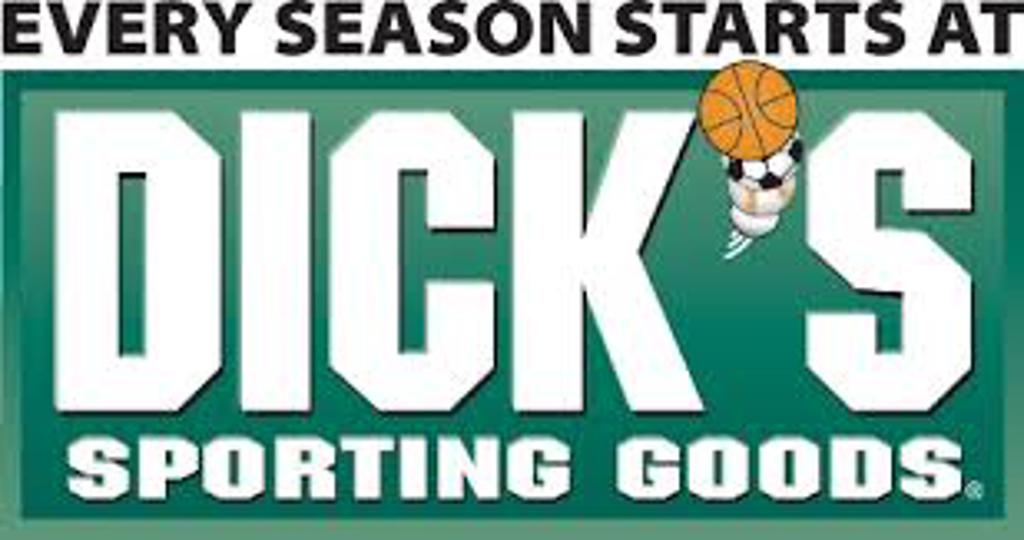